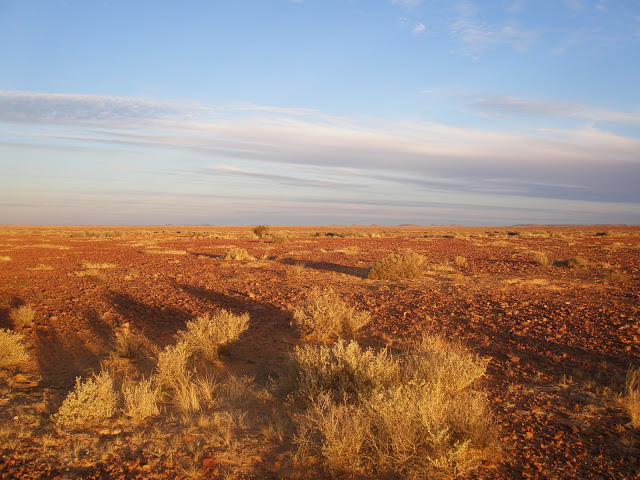 The thing about Australia is distance.  If you have a car and the funds to fuel it, you can go anywhere.  Anywhere.  Drive for days and never speak to another soul.  Camp in splendid isolation and never see another vehicle.  It does wonders for clearing the head. 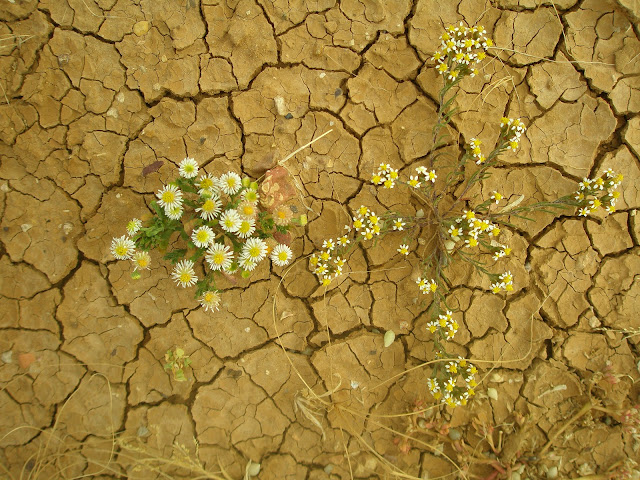 In a vast lanscape the small detail becomes the feature.  Dainty details.  Patterns of colour and form.  When my eyes tire of staring into the shimmering distance, its the cracks in the clay pan that hold my gaze. 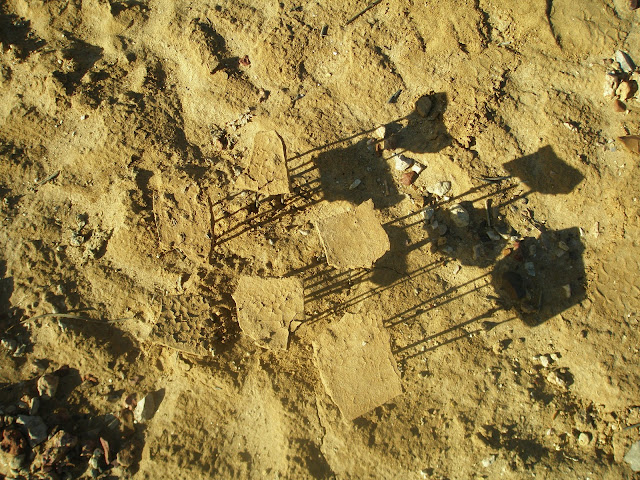 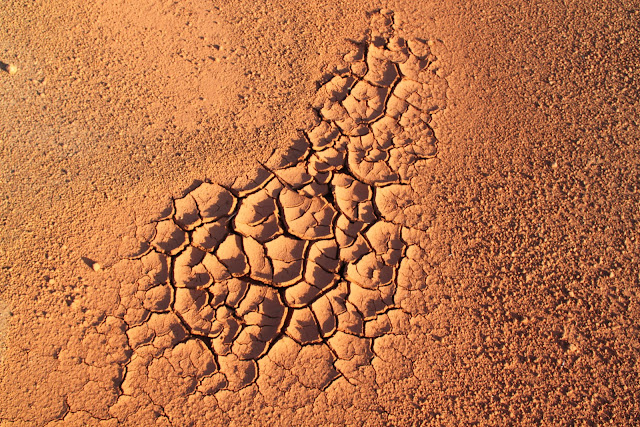 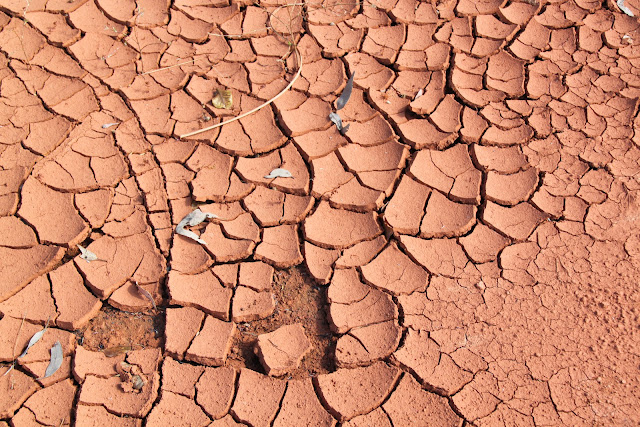 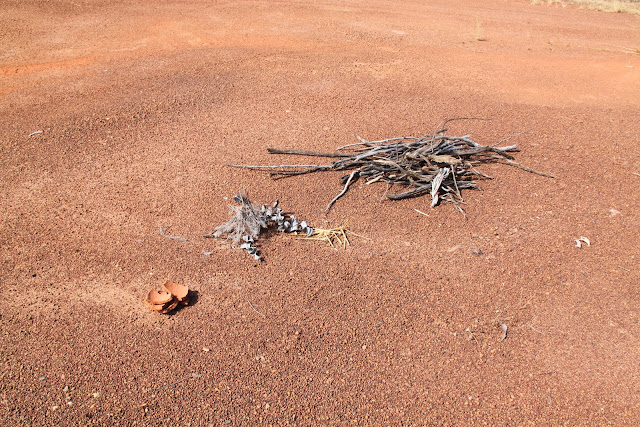 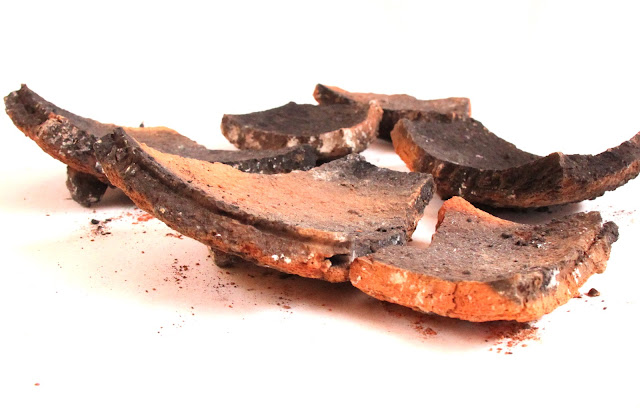 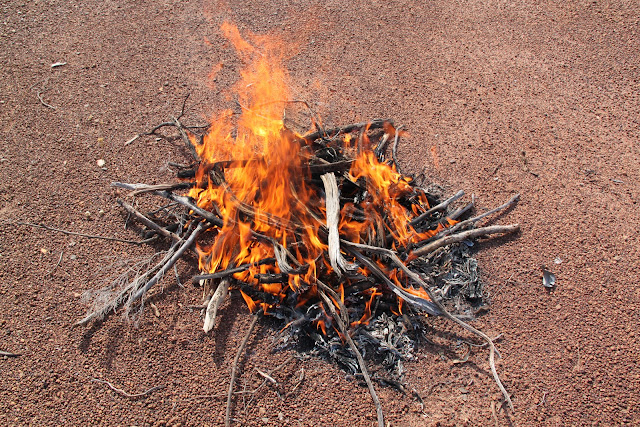 Posted by Josephine at 3:11 PM No comments: 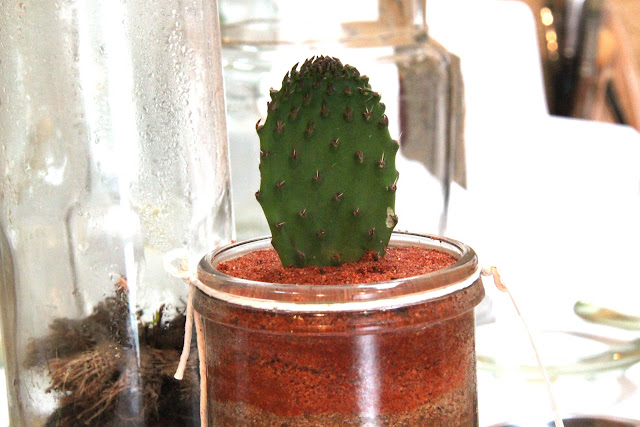 Have you ever tasted a Prickly Pear?  I have, but such a long time ago that I almost can't remember the taste.  I do remember the prickles though.  The fruit is covered in tiny clusters of fine thorns, so fine that they are practically invisible once they have penetrated the skin.  Very uncomfortable.  Leather gloves are the answer.
The plant grows into an enormous cactus.  It gained a foothold across the eastern half of Australia, looking like a tribe of triffid invaders on the march. It is a versatile succulent, not too choosy about the soil and conditions, so it was a successful competitor in the farmland scene.
A tiny beetle solved the problem. Cactoblastis cactorum. A fitting name for a bug with such an appetite.
The Prickly Pear pad in the photo was given to me by Pat Paganella. Pat told me that he got the first of his P. Pears from an Italian family who lived at Nungurner.  I rather wish it had been Providence Ponds. 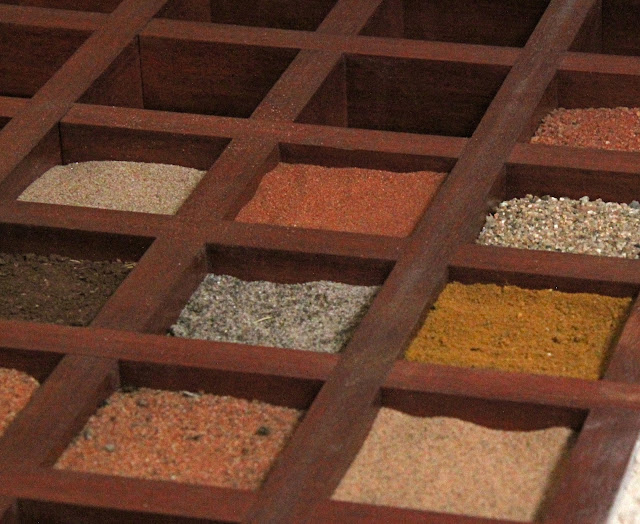 Australia's soils are ancient, weathered and colourful.  I've been collecting some.  These are the receiving soils for a myriad of introduced plants. 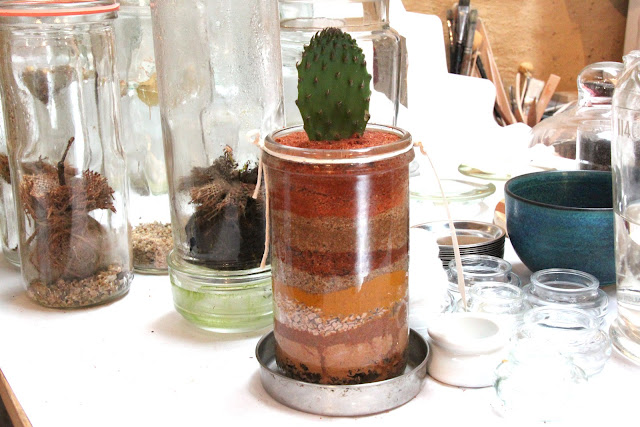 My prickly Pear pad is planted in soil samples from my collection.  I planted it in this Fowlers Vacola jar two weeks ago.

Posted by Josephine at 4:56 PM No comments: 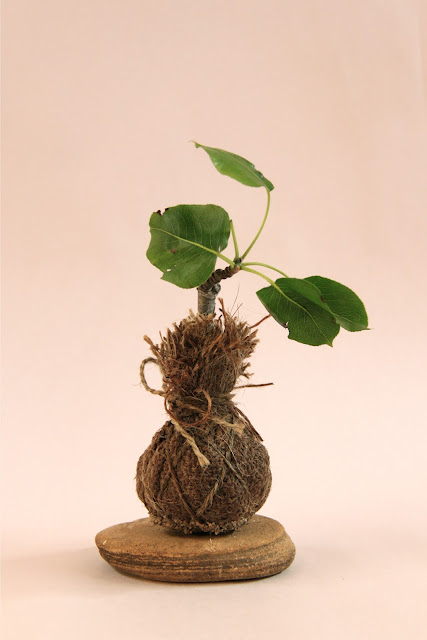 This little pear tree came from Gabo Island.  Its parent has been there for a long time.  I don't know the history, but I am pleased to have the little green shoots waving hopefully from the hessian wrapping. 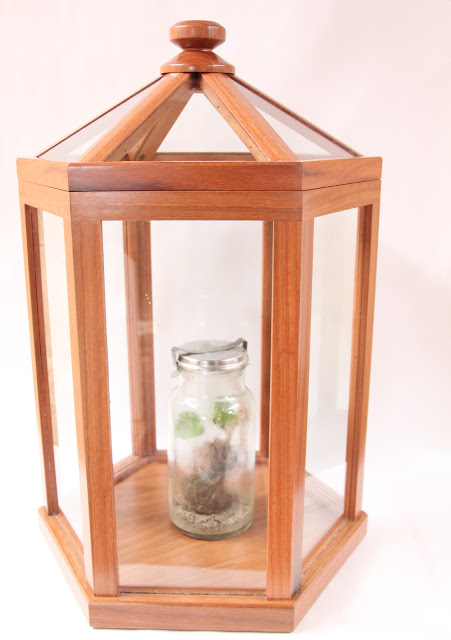 This is a Wardian Case.  It was made by Andrew Capes, who is making some very fine things of wood in his incubator at Forestech.  He made this case from Queensland Tallow wood, recycled from old bridge timbers.  Wardian Cases made plant transportation possible on the long sea voyages of the early days of colonisation.   The optimistic little pear cutting from Gabo has double protection.  A Fowlers Vacola preserving jar and a Wardian Case.
I believe in you, small green thing.

This is Gabo Island.  It has lighthouse made of local granite, and a pear tree.  This photo was taken from Bastion Point at Mallacoota.


Posted by Josephine at 3:47 AM No comments: