The waters reach inland to the little town of Nowa Nowa.  When there has been plenty of rain, the lake fills and the water of the upper reaches becomes fresh enough for animals to drink. When it can hold no more, the sand bar at the ocean is overwhelmed and the water flows into Bass Strait.  Since this usually happens during a storm, sea water is driven into the estuary, creating a turmoil of fresh and salt.  Its a dramatic event, creating a buzz of excitement and a steady stream of local folk, keen to see the change.

The drama is played out more keenly among the water life.  Some will be taken out to sea by the exiting lake.  Some will be carried in by the tidal flow of the sea.  Some will live, some will die.  The entrance will stay open for weeks, making the system tidal for a while.  The fresh waters of the forest end will turn brackish.  The brackish waters of the middle part will turn salt.  The beach end will be invaded by marine creatures.  The level of the lake will drop by around two metres.  Then, when the weather has been calm for a while, the sand will have built up enough to close the gap and Lake Tyers will be once again sealed in.

With the dropping of the water level, many of the plants around the edge of the lake will die.  Others will recover from having suffered from long immersion.  If there is enough rain to make the lake open each year, the tea-trees will recover with not much damage, but if the water level stays high for several years, many will die.  Molluscs breed and make their way far up into the forest arms of the lake.  As that water changes from fresh to brackish, those that cannot tolerate the salt will die.  Others establish in the saline conditions then die when the rain dilutes the water back to fresh.  Birds come and the flush or famine of the seasons.

The land tells a story of life and death cycles.  There are exposed layers of marine fossils from a time when the sea was much further inland.  Deep beds of calcium trapped in sandstone. Tipped over trees show marley limestone holding ancient oyster shells and little cockles.  Clay soil overlay attracts those plants that do best in lime rich soils.  Their leaves become store houses of calcium, available then to browsing animals.  The leaf litter puts its wealth back into the ground and makes way for the next round.  Its a living, working system, bound together by the layers of life.

Halocline is the title I have chosen for the idea I am currently working on.  I have been experimenting with canvas, leaving it submerged in the water.  The lake will make changes to the canvas, giving me the starting point for some works that explore the layered systems of the ecology of Lake Tyers.  I have decided to use Belgian linen for this, as I have found that cotton canvas breaks down too quickly.  Experiments so far have shown that it takes at least four weeks for the cloth to show notable changes.

Biotic Potential. Lakes of Gippsland Book for Colouring In. 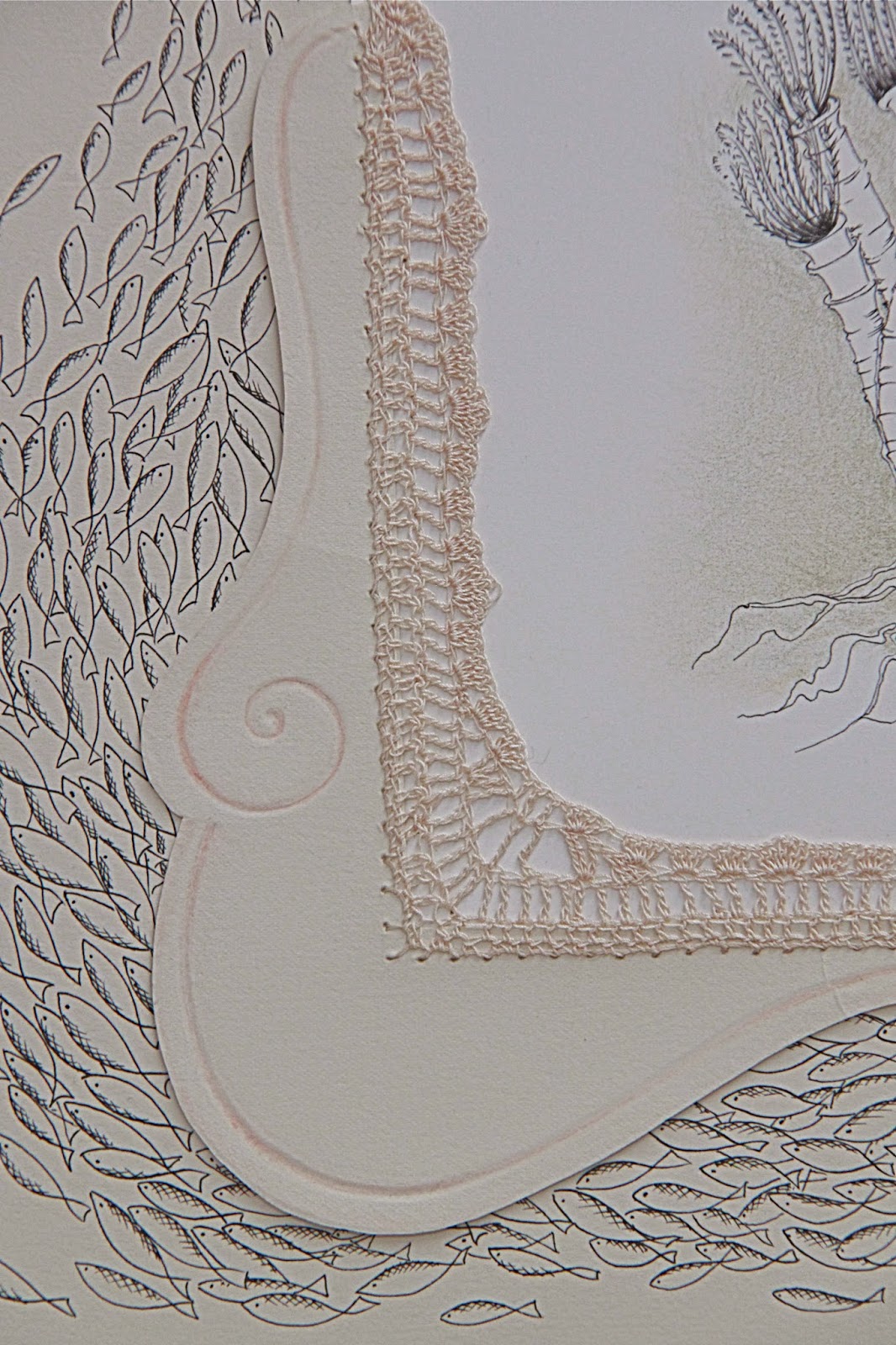 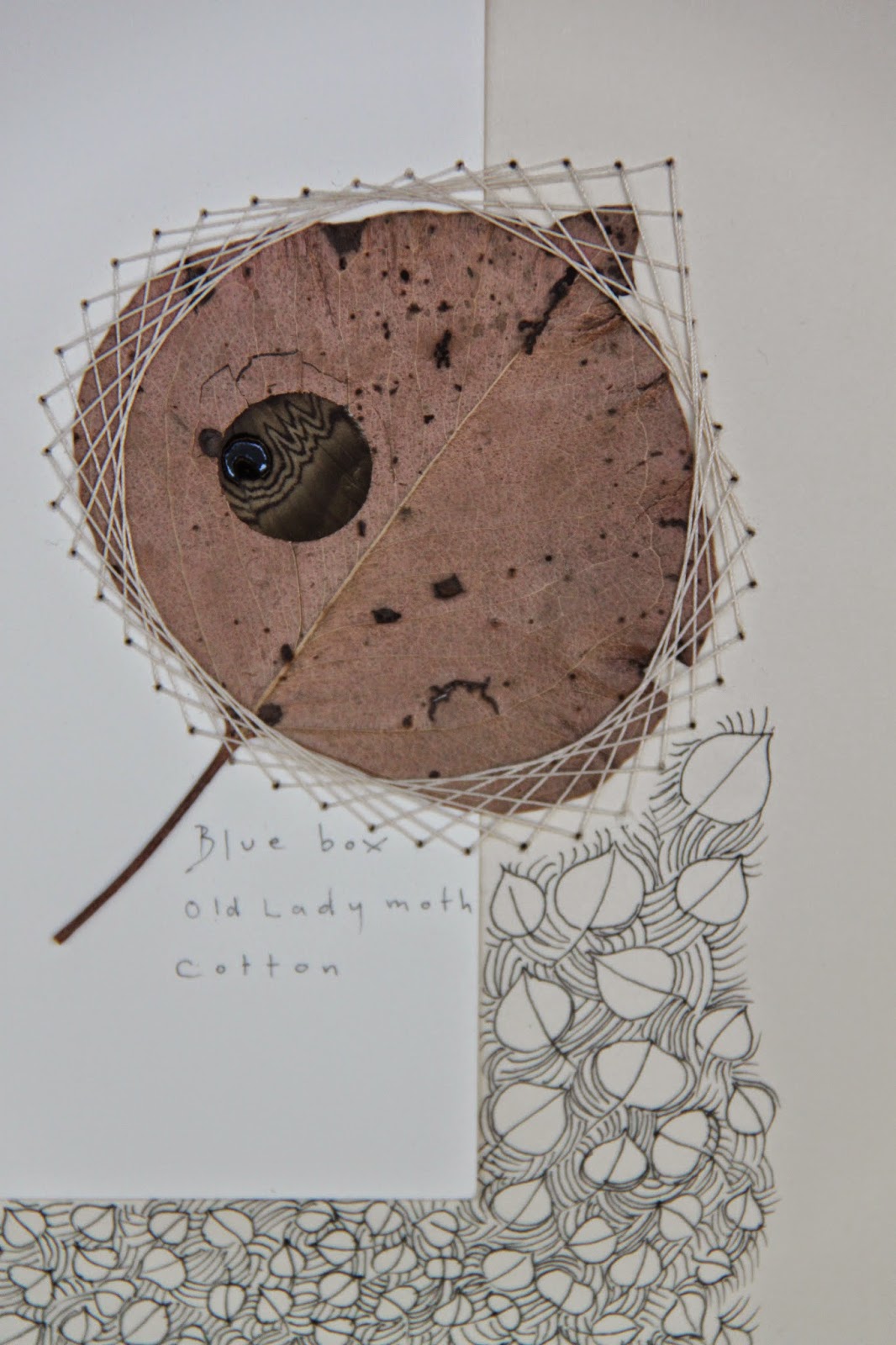 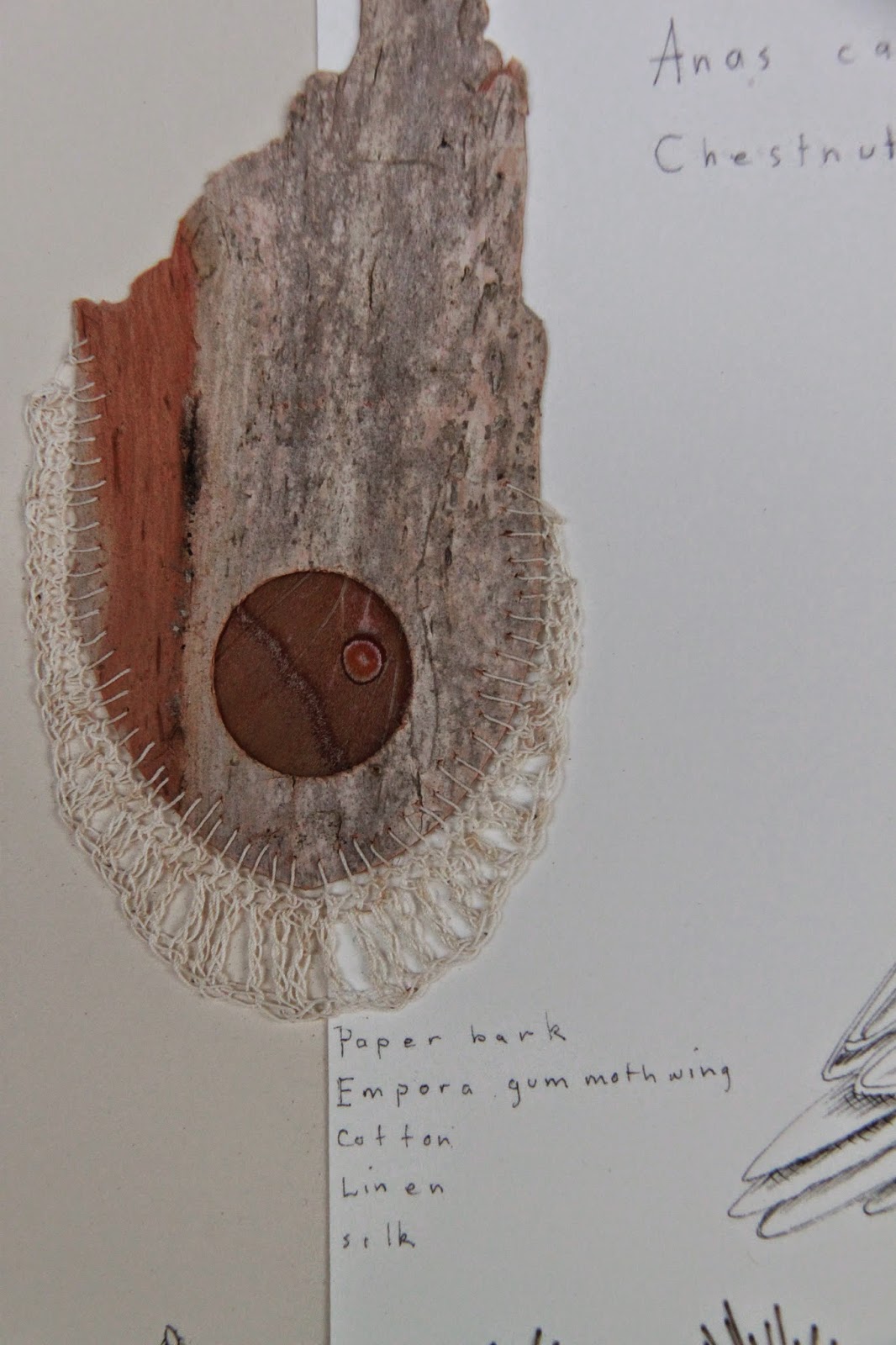 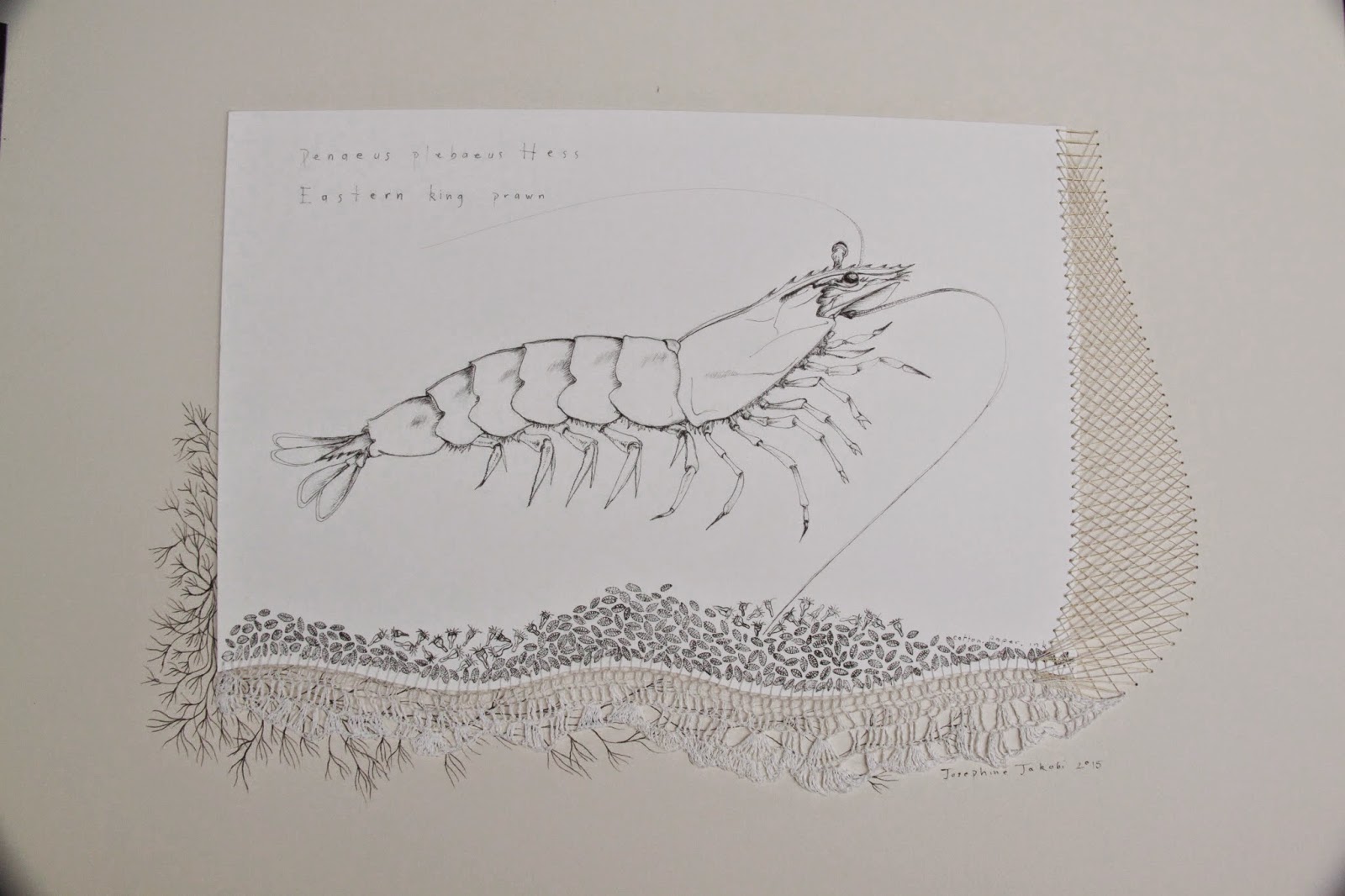 
Posted by Josephine at 4:26 AM No comments:

A Brief History of the Earth.

What to do when the gallery disappears.

There's a beaut little bed and breakfast, Goldsmith's in the Forest, just up the road from where I live.  I asked, they answered, and before I could blink I was installing Biophilia in the elegant dining room there.  I am so pleased that I did.  The work is perfectly fitted to the space; environmentally, spacially, philosophically, sympathetically.

Harmony on all sides. 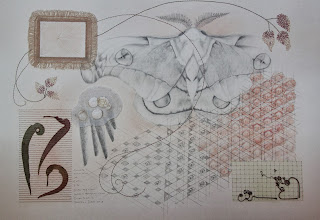 Posted by Josephine at 3:44 AM No comments: